In case you have not read the announcement of ‘Roots and war’ in iCNN, then it is time to do now. To explore this artwork is the mission of the skeleton you see here. 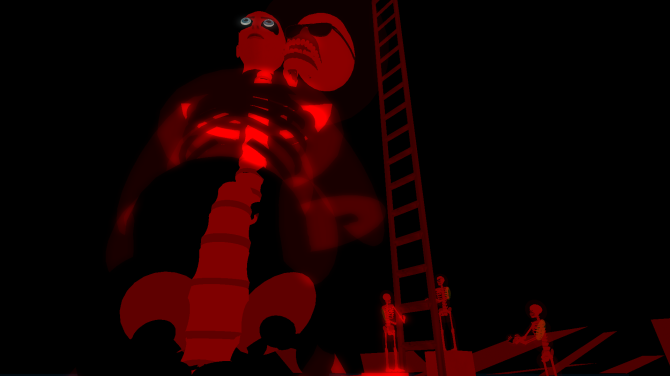 The ladder to the installation made by JadeYu Fhang brings us today to a technology RIFT. The longest ladder ever made? Yes! But why the Avatar needs two heads and three arms for this? Is it a homage on a reborn Zaphod Beeblebrox [see cultural references there] reated by Douglas Adams you may ask as you know the artist behind the skeleton Art Blue? Hm … can be … 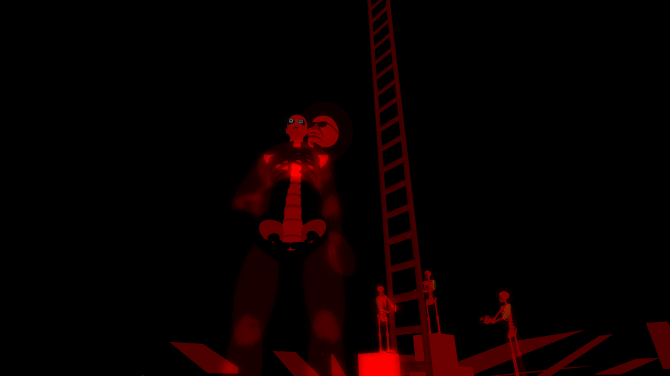 Is it the skin / attachment problem on different simulator versions? Yes! It is a reflexion of both – as all this happened to Zaphod Beeblebrox by a time machine. And such strange effects happend to use a few days ago: ‘It´s all experimental‘

But why has the artist JadeYu Fhang made two globes, one nearly empty, just roots connecting them? 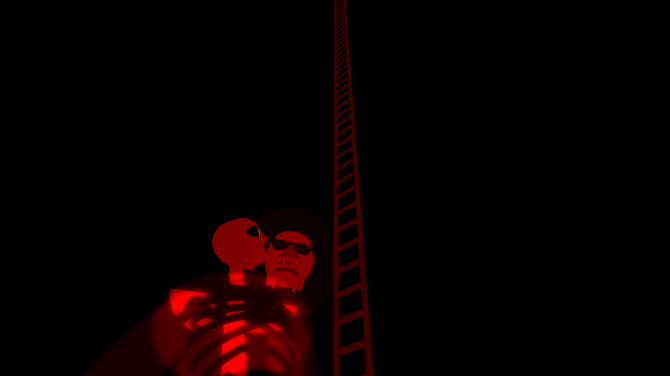 It will be now on you to climb up the ladder to find your way to see the art work ‘Roots and war’ with your eyes. On Tuesday 21, 2014, 22.00 CET [= 1 PM PDT] at opengrid Metropolis. Watch the Skeleton climbing up, watch for more when the skeleton has reached the end of the ladder. Will there again Raymond Kurzweil wait to hand over the Graviton boots to create a Singularity? You dont remember? You have not been there on November 28, 2013 at SIM Claressa [in SL]? Here comes a video ‘The cathedral of fractals by Gem Preiz‘ made by Wizardoz Chrome. You see the daVinci machine and the Graviton boots to create a RIFT within SL: a creation of a carbon life form. 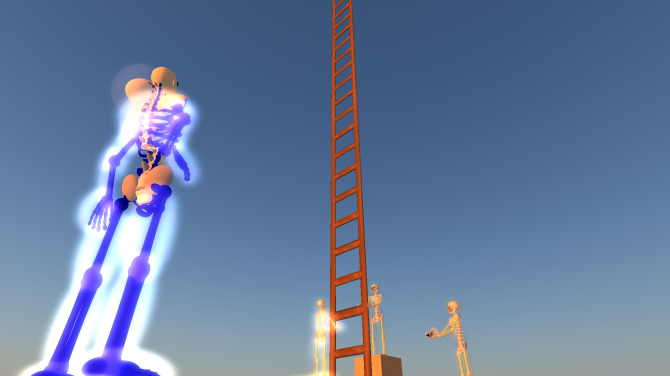 Dont be scared the ladder looks much more solid in daylight 🙂