A singularity happend on November 28, 2013 at RIFT HORIZON in SL – sim Claressa. It was also a sort of an announcement of the first ‘dual world‘ opening coming soon. The dual world opening itself happened on January 6th, 2014 in SL and grid Metropolis. See iReport Technology Rift: Genesis in 3D in Art ‘Hall of Fractals – Cathedral Dreamer’ on

And here comes the link to the script of the play http://is.gd/rifthorizon_tcof and to the website of Gem Preiz in VULCANICUS.

Wizardoz Chrome made a nice movie out of a slide show. 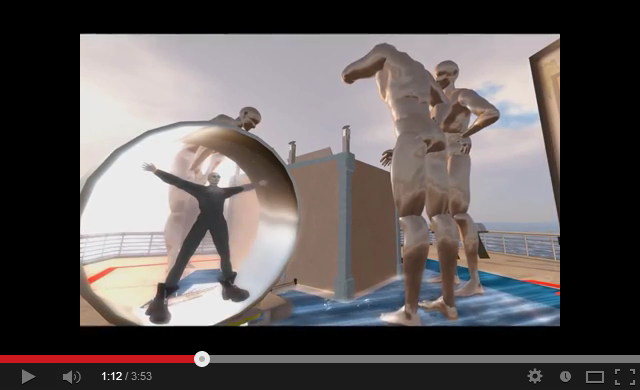 The next and final step was done as an extention of VULCANICUS. The installation, called ‘The Cathedral Dreamer‘ is now a permanent part of RIFT HORIZON.